Blog - Latest News
You are here: Home / Sex and menstruating causes vulcano eruption (according to priest)

The beautiful island of Bali is holding its breath for vulcano Agung to erupt. According to a priest in a neighbouring village the cause for the ‘anger’ of this vulcano is… tourists having sex on it and menstruating while walking on the mountain. They are to blame, even the other locals say so. Wait, what?

So having sex, a physical act of love, lust or both, angers a mountain, according to these guys? Anything erupting because of sex shouldn’t take anywhere near that long anyway, in our opinion. And having your period, a physical and involuntary discomfort of 50% of earths population, angers it as well? Yeah, that makes sense. This vulcano probably said something like: “What, you’re monthly bleedingtime is now and you have the nerve to walk all over me? That’s it; I’m going to erupt very soon, because your menstruation displeases me.” You can’t argue logic, can you? We guess not building your villages near a damn vulcano would be too easy.

Bali is a popular holiday destination, but the blaming of tourists for vulcanic eruptions sadly is nothing new. Two years ago four backpackers were thrown in jail and given a heavy fine because they had the audacity to make some nudes on mount Kinabalu. This mountain was very displeased by these sinful hijinx, apparently, because there was an earthquake, killing 18 people. The vice-premier of Malasia, where the incident happened, said the violence of nature was punishment for the behaviour of the tourists. A mountain punishing people for making nudes on it? Because reasons? Incidentally, Bali is stimulating tourists to still come to the island, because money, but a lot of countries have sharpened their travel advice. Maybe advice women to curb their rampant menstruation while you’re at it, heaven forbid another mountain gets upset by it… 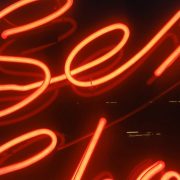 Julia Louis-Dreyfus was diagnosed with breast cancer and calls for universal...