Blog - Latest News
You are here: Home / 5 moments in history that you’d think are made up

“No, that didn’t really happen. You made that up!” We all know people who are trying to sell us a tall tale as a fact, only to laugh at us once we buy the story. But life is weird. History is full of events that make you go: “Wait, what?” That’s why we’re writing about a few moments in history that you’d think are made up, but aren’t.

See what I mean? This sounds like the type of event that the writers for Blackadder would add to Edmund Blackadder’s speech about the ridiculousness of something or the other as a reference. “Baldrick, there hasn’t been a military action as ineffective as the one you just attempted since the mayor of Nottinghamshire tried to stop the Cheese Riots of 1766 only to get knocked unconscious by a rolling wheel of cheese.” Yet, weirdly, the only thing made up in that sentence is the part about Baldrick. There were Cheese Riots in Nottinghamshire in the year of 1766. The mayor did try to stop them. He got knocked unconscious by a rolling wheel of cheese. It started because a bunch of merchants from another town tried to buy up a large part of Nottinghamshire’s cheese supply. Since there was a food shortage, the locals wouldn’t have it and rioted. This is one of those moments in history that make you go “wait a minute…” By the way, can someone convince Rowan Atkinson to record that sentence?

Selling the Bridge of London to an American

If you’re a little familiar with the moments in history that include con artists, the selling of bridges is right up there on your list of scams to look out for. Famously, George C. Parker sold a bridge in Brooklyn over and over again, even though he didn’t own a bridge in Brooklyn. Or any other bridge for that matter. Selling the Bridge of London pretty much just sounds like a UK version of this American scam. But it did happen. The London Bridge got sold for 2.4 million dollars to an American oil tycoon in 1968. It was subsequently shipped to Arizona in pieces. It’s been reassembled and is now a landmark in Lake Havasu.

The war with only one shot

Typically, wars last a while. The cold war lasted decades. The two world wars lasted several years. There’s a 100 year war and an 80 year war, and a number of other wars that were measured in decades rather than years. A war with only one shot just sounds like your friend’s drinking match with some guy without any from of alcohol tolerance – who forgot to have dinner before taking the dare to boot. But in the aftermath of a few greater European wars there’s a lesser-known war called “The Kettle War”. The Holy Roman Empire sought to claim access to the Dutch river “Scheldt” on the 8th of october 1784 and sent three ships convinced that the Dutch wouldn’t dare intervene. The Dutch Republic wasn’t having any of it and fired a few warning shots. When these got ignored the only shot in this war was fired. It reportedly hit a soup kettle. The Emperor’s ships surrendered. The war that followed was short-lived: only the fort of Lillo (at the time a vegetable garden) was invaded by the Austrian army and negotiatons were opened almost immediately.

Playing tennis on the wings of a flying airplane

As far as moments in history go, this one doesn’t sound like just a made up thing. It sounds like an absolute nightmare. I don’t know how it is for people without a fear of heights, but I’d imagine playing a ball game on the wings of a flying airplane would scare everyone. It sounds like some daredevil version of a WII-game rather than a thing that anyone would actually attempt. And weirdly: it happened. In 1925 two women played tennis on the wings of plane at a 1000 meters height. And though both of them were parachutists and pilots, so they knew what they were doing, neither of them even wore a parachute. It did make them rich, though, as a photo of this extremely dangerous game of tennis was sold around the world.

The concert 994 feet under the sea 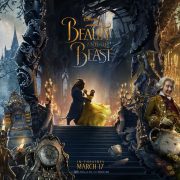 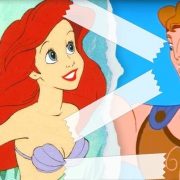 You just might find: you hate what you get