Blog - Latest News
You are here: Home / Julia Louis-Dreyfus was diagnosed with breast cancer and calls for universal...

Julia Louis-Dreyfus, the actress famous for her role as Elaine in ‘Seinfeld’, announced that she was diagnosed with breast cancer. And she added a bit of good news: her health insurance is fine.

Her announcement on Twitter was in the form of the following image and clearly includes a political signal. It could be Julia Louis-Dreyfus aimed this at the US politicians currently trying to reform health insurance in the States. 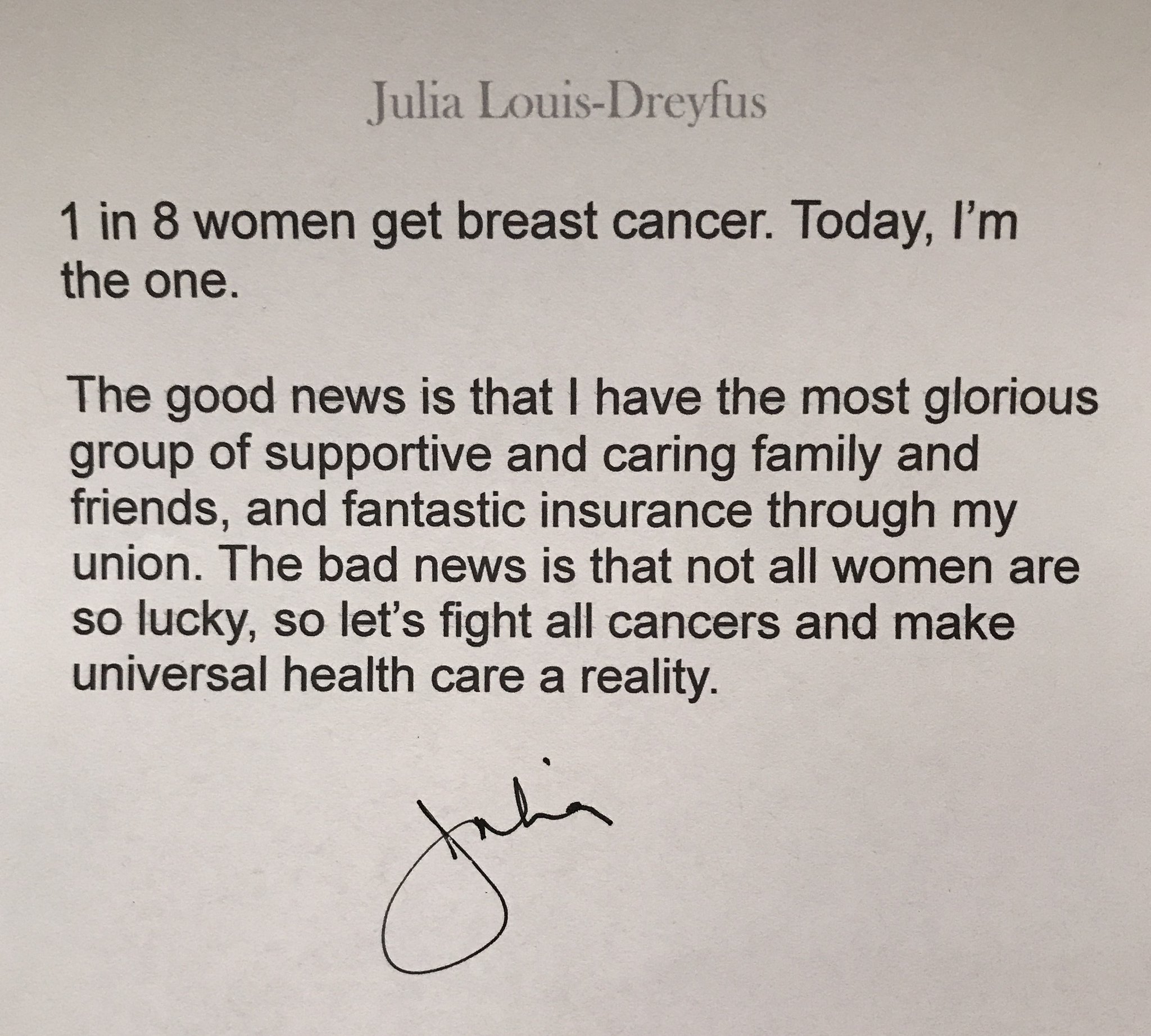 Jared Kushner fits right into the Trump family (if only this were reality TV,...