An undercover investigation of the Times revealed that anti-abortion clinics have been advising women on contraception. They told women, who came to them seeking advice, they could die from having sex. The Times also recorded northern Irish Ask Majella telling women that abortion causes breast cancer.

Gianna Care, a Dublin crisis pregnancy service, says all women who have an abortion regret their decision. Both organisations have connections with Irish ‘pro-life’ groups. The advice given to women with unwanted pregnancies is misleading and meant to scare women into continuing a pregnancy at all costs.

It’s not the first time Irish clinics get exposed by undercover Times journalists, but it is worrying that women coming for help and medical advice get mislead by scare tactics rooted in ideological motivations. The Times reported women being told that having an abortion was “the same as a mother pushing her child in front of a moving car”. 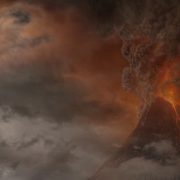 Sex and menstruating causes vulcano eruption (according to priest)
0 replies

Amanda Todd blackmailer to be extradited to Canada

Update: At least 100 killed by chemical attack in Syrian Idlib
Scroll to top