Blog - Latest News
You are here: Home / Comparing Hook, Liar Liar and Jingle All The Way

We’re going to take a look at nineties legends Hook, Liar Liar and Jingle All The Way today. The nineties were chuckfull of great movies with amazing plottwists (Fight Club), awesome special effects (Titanic) and loving patriotism (Armageddon and basically every movie situated in the US.) The failing dad-trope isn’t limited to the nineties, as we could see in 2012, War of the Worlds and Interstellar, but it is one of the key components in the three movies we’ll be comparing.

Meet the three protagonaist first. In Hook (1991) we have the overweight lawyer Peter Banning, played by Robin Williams. Another lawyer, but a smooth one, is Fletcher Reede in Liar Liar (1997), played by rubberface Jim Carrey. In Jingle All The Way (1996) Arnold Schwarzenegger plays the muscley salesman Howard Langston. [Spoileralert.]

Now let’s take a look at the list of similarities.

The failing dads in all three movies have an annoying little boy to disappoint. The kids are basically interchangeable with their nineties haircuts and whiney voices. We don’t even know their names and we don’t have to, because it doesn’t really matter. The boys have only two traits anyway: they like a certain sport and they love their daddy.

The dads are perpetually late to everything, especially important moments for the boys. Both Banning and Langston think they can make the sportsevent of their sons, even yelling: “I’m gonna make it!” and then arrive when the event is already over. As in: way over. Fletcher has some other things on his mind (and dick) that make him late.

The reason these daddies are late all the time is, of course, their job. The workaholic father is a special kind of failing dad. Howard even says “And remember, you’re my number one costumer.” to his wife on the phone. The positive part is that the fathers are rolling in dough, which makes their quests a lot easier.

Peter has a catchphrase about The Big Promise (to attend the ballgame): “My word is my bond.” He missed the game, however, and when he actually uses this phrase again, the son answers: “Yeah, junkbond…” In Jingle all the way Howard promises his son to come to the parade: “I’ll be there. I promise.” Even though he eventually shows up as a part of the parade, he still breaks his original promise. Fletcher promises son Max that they can go play catch, which never happens, and he promises his ex-wife that he’ll pick up the boy, but he fails. Even when he makes ‘the mother of all promises’, he messes up.

The mothers in all three movies are pretty, brownhaired and generic. Boring, basically. They only display one charactertrait: disappointment in the dad. None of the mothers explain what ‘workaholic’ means, though, nor do they seem to make a lot of effort to get through to the fathers. But they love their kids and that’s the most important.

6 Other fatherfigure who doesn’t mess up

In all three movies there is a substitute fatherfigure who doesn’t mess up like the biological one does. In Liar Liar the mom has a new boyfriend who’s actually a nice guy. He tries to bond with his girlfriend’s son and wants what’s best for both of them. Captain Hook, played by Dustin Hoffman, tries to win over the son just to fuck with Peter Pan, and he almost succeeds. Howard’s divorced neighbour does his best to seduce the mom and he maintains the façade of the perfect single dad. The other mothers in the street practically drool over him all the time. His son even mentions to his friend that maybe his parents should get divorced as well.

The boys all get a gift from their fathers. Fletcher doesn’t know what’s in the gift, because his secretary bought the ‘baseballstuff’, but Puddingbowl Haircutboy loves it. Peter gives his pocketwatch to son Jack, which functions as a kind of McGuffin in Hook. The biggest McGuffin is of course the Turboman action figure Howard keeps trying to get his hands on during Jingle All The Way. When tiny Anakin eventually gets the doll, he gives it away… because ‘he already has the real one at home.’ Really? A boy who gives away a special edition action figure? *sigh*

The antagonist in Liar Liar is probably Fletcher himself, but his bitchy boss fits the bill as well. We don’t even have to explain the bad guy in Hook, but in Jingle All The Way Howard meets a mailman he keeps bumping into. This guy is also looking for the Turboman action figure and they keep battling for the toy until the bad guy goes to jail.

Howard and Peter’s flying is pretty literal in Hook and Jingle All The Way. Peter Pan manages to fly eventually because he finds his ‘happy thought’ and Howard gets to don the Turboman suit with jetpack. Fletcher does a bit of flying when his stolen cart crashes at the airport.

After all the danger and drama has passed, all fathers bond with their sons, bettering themselves and changing their ways. Or so we’re to believe. Banning overcomes his fear of flying and open windows, while Reede finally realises he shouldn’t take his son for granted and Langston admits he’d been neglecting his son and wife. “But noe moah!” They all live happily ever after. 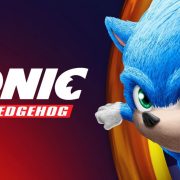 It’s time for the Jedi to end.

The dictionary you never knew you needed. But you do.
Scroll to top