Blog - Latest News
You are here: Home / Charlottesville was a terrorist attack. Stop calling it something else...

In the wake of the Charlottesville events, most of the coverage have been referring to the event as a ‘rally’, ‘mess’, ‘white supremacist rally’ and ‘hate crimes in Charlottesville’. Very few articles included the word terrorism. And we’re wondering why.

Terrorism is the use of violence for a political purpose. Now, maybe we should exclude activists that end up fighting by chance from that. However, given the info from ProPublica we should conclude that the violence was not only political, but also planned. It’s profoundly disturbing to read neo-nazi’s try to find which ways to hurt and kill people who disagree with them. It’s disturbing to read people that “want to end the race war once and for all”.

Other comments include: “With how closely we’re working with the police, the cops are likely to..”, assuming that the cops would focus on counter-protestors. Some even went as far as hoping to recruit cops for the cause. That is even more disturbing: the police working closely together with white supremacists?

However, the public perception should change. These guys were planning on using violence. They did use violence. Someone got killed. Had a Muslim done any one of these, the media would have discussed it as a potential terrorist and as soon as they found the vaguest political motive, would have labelled it as terrorism. In the case of Charleston, the motive is clear. The violence is documented.

But since it is white people hurting other people with what looks like the support of the cops, it’s suddenly not a terrorist attack? Clearly, this needs to change. Charlottesville was a terrorist attack. Let’s stop calling it something else. 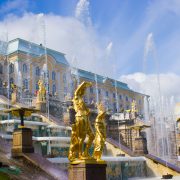 Ridiculous and dangerous: Nurse arrested because she’s adhering to the...

Donald Trump tweeted “Thank you”. But… thank whom? And wh...
Scroll to top