In the wake of the London Terror Attack of last night, Prime Minister May’s first response has been “enough is enough”, and she intends to review the counter terror policies by her government in order to combat terrorism more effectively.

While the victims’ bodies are not yet cold and more victims are still hospitalized, May didn’t hesitate to announce that the campaigns for the elections will continue. Yet, we’re left wondering as to how all this is to pan out. Combatting segregation is a nice idea, but the practice is that the austerity enforced on the British people in fact increases segregation. And if terror breeds terror, then this can only be done by feeding on slumbering feelings of unhappiness. Happy, working people don’t commit terror.

The British Government has suspended the right to privacy on a massive level in the past to combat terrorism, yet every act of terror is found to be done by persons already known to the authorities. This type of governing, the big brother state, has not been able to prevent the increasing terror attacks. Nor will it, because it focuses on spying and repression while still promoting policies that increase unhappiness. The Brexit shows clearly just how xenophobic the British have become.

If Britain is to review it’s counter terror policies, let it start with reducing tensions within its own borders, rather than once again bombing the countries that have seen more of war and bloodshed than Theresa May’s worst English nightmare. 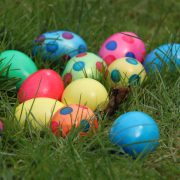 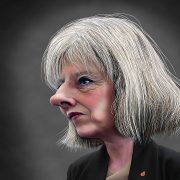 A weird bandname, do or don’t? (A list of ten weird ones)

Theresa May willing to suspend human rights
Scroll to top