Blog - Latest News
You are here: Home / Sierra Burgess is a Loser: another ugly duckling story

Netflix movie ‘Sierra Burgess is a Loser‘ is the classic tale of the ugly duckling falling for the handsome jock-guy. In this cliché riddled modern teen drama the high school ‘kids’ are, as always, in their twenties and speaking like they have an autocue nearby. Fact: in real life people do not. And we never have. If you’re planning on watching Sierra Burgess, SPOILER ALERT.

Believe me, we like the ugly duckling story just as much as any other former ugly duckling, but it’s getting so damn stale by now. Truth be told, the ending was clear within the first ten minutes. If you mix She’s All That, Ten Things I Hate About You, Mean Girls and 13 Reasons Why, you’re pretty much there. Except the supposedly losery girl is actually quite obese in this movie, in stead of a damn supermodel wearing glasses or overalls. But Sierra is witty and intelligent as fuck, of course. And beautiful, in her own way. Of course. And she can sing. There is some Cyrano in there as well. (Or, Roxanne, which is basically the same story.)

As someone who actually was that ugly (albeit slender) loser girl between the age of 4 and 15, this movie pisses me off. The volume of unrealistic bullshit is staggering and the amount of teen romcom drama cliches curled my toes. No, Netflix. It doesn’t work like that in real life. Not in the late nineties, not today. No matter how witty or smart you are, you never get The Guy if there is a more pretty girl around who is also witty.

Sidenote:
As a pretty okay-ish looking adult, I actually asked my ‘The Guy’ what that pretty girl had that was so damn special. “Nothing.” he said, “I don’t even remember her. I remember you more than I remember her.” It was quite satifsying to meet him after I grew into a normal adult, to be honest. It is also *very* satisfying to see that the popular girls who bullied me have turned into unattractive fat housewives… but I digress.

Back to high school drama. Real life doesn’t work like all those movies and series show us. It’s rare to be the ugly duckling and actually turn into that swan. Or rather a normal, happy, healthy duck. Quack.

I’m going to make a list about the… lets call them ‘Fake High School Romance Drama’s’. I have named a few movies (and another Netflix-serie) which are similar to Sierra Burgess is a Loser. Which boxes do they tick off and what is the difference with real life?

1 Age of the actors

The young actors having to play high schoolers are mostly in their early- to midtwenties, something that sticks out like a sore thumb. Of course we’ve seen this in Grease, when a 30-year old had to play 17. Come on, Hollywood. Is it so hard to find decent actors who actually look like teenagers? Apparently. The massive Shannon Purser, who plays Sierra (and Barb in Stranger Things), is born on june 27, 1997, which means she was at least 20 at the time SBiaL was filmed.

I’ve said this earlier. The way the ‘kids’ talk is way too mature and witty. Nobody talks the way the teenagers do in movies and series. The worst might be Ellen Page as Juno, (Juno) who talks like she’s reading a philosophy book out loud all the time. In real life we mess up our lines. We stutter or shut down. We talk like human beings, especially when we’re teenagers. Okay, we may get a few good lines every now and then, but it’s mostly improvising the crap out of everything.

The jocks, the losers, the cheerleaders… It appears people fall into very sharp categories in Fake High School Romance Drama’s. Real high school is less divided, at least where I’m from. Birds of a feather flock together, so you probably have some things in common with your friends, but in my experience it’s not that extreme. The majority of us don’t really fall in any category anyway.

The parents and/or teachers in the FHSRD’s are mostly divided into two groups: understanding and cool or aloof and dense. They appear to be completely oblivious to the lives and struggles of their kids/students, giving the most unhelpful advice or grounding someone for no apparent reason. Adults in the real world are just people, in stead of stereotypes. Personally I have never even heard of someone who was actually grounded.

All those stories have the same premise. There is a high school where nearly everyone is ridiculously pretty. (Have you seen the actors and extra’s in 13 Reasons Why? My. Effing. God. It’s like a model bomb exploded over there.) There is an unpopular girl, she falls for a handsome guy and there are popular kids who act like assholes. In the end the unpopular girl overcomes her loserness and the mean ones learn their lesson. In real life this does not happen. Mostly because the mean jerks don’t even realise what assholes they are and ugly losers just don’t get their overly goodlooking love interests. They get other ugly losers and that’s okay.

I’m sure you can name at least 3 scenes involving a prom. Carrie, anyone? The ugly duckling is wearing a lovely dress and has transformed into the beautiful swan she was meant to be. The love interest is stunned by her new appearance, after which there is a shared dance and/or kiss. Don’t we just love extreme make overs… In reality nobody suddenly shines like a diamond at the prom. Either they were good looking to begin with or they stayed themselves, but in a better outfit.

Most endings are happy ones. Well, except for 13 Reasons Why, of course, but that’s a whole other story. In reality there is no end. Life doesn’t magically stop after the prom. Most people don’t end up with their high school sweethearts anyway and the naive ones that did, have turned into single parents by now. I’m quite glad I didn’t marry one of my high school sweethearts. The thing is: you’re a child and your brain and personality are in no way finished before the age of 25. So it’s fine to date and to learn what you want out of a significant other before tying the knot. There are no end credits in real life.

Why so serious? It’s a movie, Wordy!

I hear you. In reality the guy would be appalled, hurt and offended by the blatant catfishing the girls pulled off. But this is a movie, so the pretty guy takes the loser girl to prom. Of course things are totally unrealistic in movies, because we enjoy watching the FHSRD’s. We root for the loser to get the guy and we wish we could indeed turn out crazy pretty at our prom. I’m not saying I didn’t enjoy watching Sierra Burgess is a Loser, but it was just so painfully predictable. I said: “Both of you.” out loud at the exact moment the pretty boy did. Every plottwist came at the exact moment I expected it and the end was precisely as all those other movies. (Except for the obese thing, but the guy said he liked that. Real women have curves, y’all! If curves mean having your belly hanging over your belt… Muffin-tops are the new six pack, I guess.)

I’d like to see a FHSRD where the actors are actually teenagers, where not everyone is beautiful and where the lead just gets over his or her crush and goes on with life. We at Reasonish did and we turned out pretty fine.

The title is stupid. Sierra does very well in school and she has a sweet best friend who’s there for her. She’s a tutor, she speaks multiple languages, she plays an instrument, she can sing and her parents are caring, wealthy, succesful and happily married. Sierra may be unpopular, but she is NOT a loser. 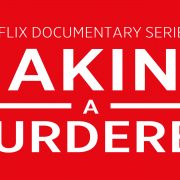 Spoilers: Making a Murderer Season 2 - Is there justice in Wisconsin?
0 replies

Drinking milk is racist, according to PETA.

Hunger Games: How to make the odds in your favour
Scroll to top