Blog - Latest News
You are here: Home / Spoilers: Making a Murderer Season 2 – Is there justice in Wisco...

Anyone who has watched the entire first series of the Netflix-documentary “Making a Murderer” will at least vaguely remember the rollercoaster of emotions that is generated by watching this series. When the first season ended, viewers were left wondering about the guilt of Steven Avery and Brendan Dassey, but anyone with an ethical bone in his body and anyone with any respect for the judicial process couldn’t help but being marvelled, shocked and appalled by the way this investigation and its subsequent court proceedings ended with two persons being jailed.

Making a Murderer – Season 2 is that same rollercoaster of emotions. We’ll try to summarize what we learned. If you’re planning on still watching the new season: there will be spoilers. Lots. In this season Kathleen Zeller is hired as Steven’s new lawyer. Remember that he tried to become his own lawyer in the first season of Making a Murderer? Well, she’s taking over, and she’s doing a tremendous job. Right from the start, she starts doing a serious investigation. She buys the same car as Teresa Halbach had. Then, she starts by trying to reproduce the narrative that got Steven convicted.

Not enough blood, too much DNA and way too clean

And she does that with attention to detail. The blood in the car? Turns out – it should have been on a lot of places, but not where there was blood. The DNA under the hood? Way more DNA was found there than opening the hood would explain. Also, the sample was squeaky clean. Not at all the way a swap from under the hood of a car would have looked. She then discovers that there was actually DNA taken from Steven’s groin (try and unsee that). It was never entered into evidence. Yeah, it probably got swapped. The DNA on the key was also 10 times more than you would find on a key that a person held. And every time the results were way too clean for a normal crime scene.

The blood spatters on the back door of the car matched a pattern that was different from what the DA said might have happened. She wasn’t thrown in the back of the car. The blood doesn’t have the right pattern. Someone probably hit her with a hammer while she knelt at the back of the vehicle. So, that rules out shooting her in the garage.

Which does explain the fact that there was no bone residue on the bullet that had her DNA on it, the one that supposedly went through her skull. It probably only went through a piece of wood. So how did her DNA get on it? Well, the DNA-samples that were taking from Teresa’s apartment didn’t follow the rest of the evidence but made their way onto the Avery-territory. And they included a chapstick, which probably explains the greasy substance seen on the bullet.

So now there’s no murder bullet, the blood spatters indicate the murder wasn’t inside, Steven’s blood in the car couldn’t be reproduced by someone bleeding from a cut and the DNA sample from the hood is too clean. Also, an expert on burning bodies indicates that the firepit Steven is supposed to have burned Teresa in with two tires isn’t possibly enough to destroy an entire body. So what happened to the rest of Teresa?

Turns out there were more human bones, far outside of the Avery property! Well, how convenient.. maybe somebody should have said so during the trial? I mean, human bones. With cut marks, even. They were spread out over the terrain near where the cell phone records said she was last – so, no longer on the Avery property. That means they found evidence that she was cut up and not burned in a huge fire. Leaving that out of the trial… at some point you can no longer conclude that “hey, maybe he did it and they were just incompetent?”

During the 10 episodes that this season of Making a Murderer offered, the feeling of evil really started to take a hold. Pure, diabolical evil of the dark overlord-kind. The system decided that Avery was guilty and nothing could stand in the way of that. Not the lack of evidence, not the evidence to the contrary. At one point in the documentary, a witness came forward that had spotted Teresa’s car by the side of the road. This was before they found it at the Avery site. Sure enough, he reported it to a cop. Which cop, you ask? That couldn’t have been a cop involved in his previous wrongful conviciton, right? Well… you might very well think that, but you’d be wrong. Remember: Avery served 18 years for a previous crime that he didn’t commit and was suing the police at the time. A detective had rung the officer in the 90s saying that he had found the real perp…. and the agent answering the phone didn’t act on that information.

Of course it was!

Yes, that was the same cop who now got information from a truck driver on the whereabouts of Teresa’s car. And he verified that it was Teresa’s car via phone, but never reported seeing the car standing by the side of the road. IT WAS THE SAME DAMN COP!

The rollercoaster is real…

You can’t help but be convinced that malificent wrongdoing got Steven Avery and Brendan Dassey into jail, not just astonishing incompetence. The above is just a summary of evidence that Kathleen Zeller collected. The season is so much more than just that. It tells the tale of the suffering of families, particularly the mothers of both Steven and Brendan. Zeller looks at possible other suspects. Making a Murderer makes you feel the frustration of the elderly Avery’s as they are missing their son (56) who has now been in prison for more than half his life and the clock is ticking for them. It makes you feel anger at Ken Kratz, who has stepped down as DA for unprofessional behaviour, but is actively doing a media tour with the highlight of him doing a press conference at the day of an appeal where he has no business being.

The soundtrack does an amazing job of supporting this rollercoaster of emotions in what is, in essence, a slow-paced documentary. It’s made to make you feel the importance of each discovery and it does exactly that.

No justice in Wisconsin

But the most astonishing thing about Making a Murderer – Season 2? At the end of the season, both Steven Avery and Brendan Dassey are still in jail, wasting away their life while Zeller is bent on proving Averies innocence and Dassey’s legal options to fight against the heartwrenching so-called “confession” have apparently run out. None of the facts line up and yet, it looks like no-one on the side of the prosecution is willing to take a stand and start looking for the real killer. Ultimately, it makes you feel like there is no room for justice in Wisconsin, and maybe not in America. 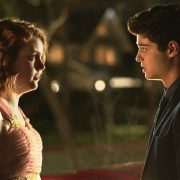 Sierra Burgess is a Loser: another ugly duckling story
0 replies

If you’re happy and you know it, you didn’t read the news: did SMB...

Drinking milk is racist, according to PETA.
Scroll to top