Blog - Latest News
You are here: Home / A dragnet intelligence law is under attack by Dutch citizens

For the second time in history, a Dutch citizen-initiated referendum will take place. Last time, a blog initiated a referendum as soon as the law had passed. Using the very first opportunity, they requested a referendum about the EU association agreement with Ukraine.

This time the subject is a little different: the Netherlands has a new intelligence law that would allow secret services to spy on their own citizens. They’d be using a dragnet, regardless of any wrongdoing or suspicion on a cabinet minister’s say-so. It is by far the most drastic implementation of digital surveillance the Netherlands has ever seen. Resistance against it is all over the place. Yet, the government persists.

Most civil rights associations and digital rights movements speak out against it. At least one of those is now trying to get judges to overrule the law, which is supposed to enter into effect in January.

The new law would approve intercepting communications of an entire neighbourhood. If Secret Services believe a suspect is or was in that area, everyone can be spied on. Citizens wouldn’t have to be in contact with a suspect or suspected of anything themselves. There would not be a need for a judge to approve: just the approval of a cabinet minister would be required. Also, the rules detailing when these measures would be appropriate have been kept vague. The oversight committee in charge of evaluating the minister’s conduct complains, because they are unable to do so. They can’t evaluate the adherence to rules if the rules are too vague. There is no clear frame of reference. And so they can’t determine if the rules apply if the rules aren’t clear.

On top of these measures, the Dutch intelligence law makes no exception for medical society. Therefore, conversations that are supposed to be under doctor-patient confidentiality could be intercepted as part of an investigation into your neighbour’s affairs.

Today, the initiators of this referendum collected the necessary 300.000 signatures to initiate the referendum. The four students have done an impressive job of mobilizing hundreds of thousands. Also, the not-yet instated government has released plans to kill the law that allows citizens to request referenda at around the same time. This, again, would be subject to a referendum. Some party’s have already announced they intend to make use of that option. 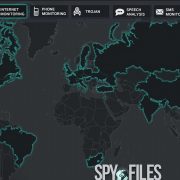 On trial for doubting a long dead king. Thailand makes no sense.

Walking is good, fighting is better, fucking is best.
Scroll to top