You are here: Home / Dom Cobb

Said by Dom Cobb in Inception. 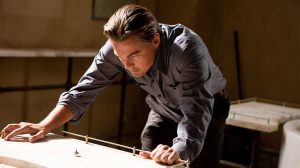