Blog - Latest News
You are here: Home / Israel claims to be sure Assad behind Sarin gas attack on Syria

Israelian Defense Minister Avigdor Lieberman says Bashar Assad ordered the attack that reportedly killed over 100 people, including children. The attacks were carried out by planes and planned by the Syrian President, according to Israel.

The Israelian website Haaretz reports that Lieberman is critical of the international response. He also states that Israel sees no reason to get involved in the war in Syria. “This is the international community’s responsibility”, according to Lieberman. He furthermore states that Israel should rely on itself and is apparently suggesting Israel itself isn’t even part of the world. “Let the world take responsibility and do something rather than just talk”, he said, ignoring the fact that the US has indicated taking measures if the UN doesn’t. 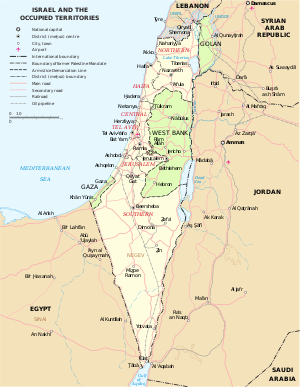 Map of Middle-Earth, or some other-dimensional world, according to Lieberman

According to Haaretz, it is unclear whether Russia or Iran were involved in the planning of the horrendous chemical attack.

The Goonies as… a thriller!
Scroll to top