Blog - Latest News
You are here: Home / Things you should always have spares of

When you own things, as everyone does, you know these things will fail you one day. Or you will run out. With a lot of stuff, that isn’t a problem of course, as you just go out and buy new stuff. For a few things, however, running out or them breaking down are catastrophic!

Here is a list of things you should always have spares of.

1 charger for your phone

Imagine your phone’s battery running on empty without having a charger. Or rather, imagine your charger suddenly flipping your off and dying, with only 5% left on your phone. Oh, the humanity… Heed this advice: make sure there is a spare cable somewhere in your house in case of emergencies.

If you’re a sugarjunk, like we are, running out of sugar is kind of a big deal. Of course you can go to that hot (or elderly) neighbour to borrow a cup of sugar, how cliché. Or you just make sure there is a package of sugar somewhere in your house, specifically bought to save you in case you run out.

This one might fall into the junk-category again. We at Reasonish experienced this horror quite recently when the coffee machine broke down. As if by magic we started to crave coffee like crazy, drooling and trembling like chihuahua’s. It was sad and a little embarrassing. Keep extra coffee in your cupboard and only touch it when you have to.

Alright, this is kind of a given, but you’ll be surprised how many people don’t have spare batteries lying around. When you use a remote control, having spare batteries is pretty important, because most tv’s aren’t controllable without it. Ten years ago you could still change the channel or volume by hand, but that luxury has come and gone. We won’t even mention other important things that need batteries, like a flashlight and… other… household appliences…

If you run out of stuff, it’s your own fault, but your pet shouldn’t be the victim of your bad judgement. Keep an extra bag of food for your Kitty or Rex somewhere, so he or she (or they) will never have to be hungry. And no, your lasagne is not a suitable replacement food for any animal.

This one is mostly for the benefit of people around you. You’d think that running out of deodorant isn’t really a big deal, but someone who has to smell your sweaty pits wouldn’t agree. The thing with smell is, that you get used to it at some point. You’ll probably don’t even be able to smell your own stink. Keep a roller of some kind in your bathroom. Just a tip.

These were some very important things you should always have spares of. 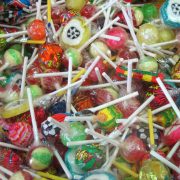 Six things you didn't the purpose of 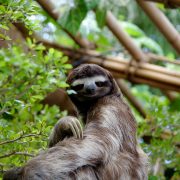